Quran Para 9: Reciting the Quran is an integral part of a good Muslim’s life. Most practicing Muslims regularly recite the Quran. This is a very nice act, which should be appreciated by everyone, especially their fellow humans. However, some Muslims think that reciting the Quran cannot be effective if they do not know the meaning of what they are reciting. However, this is a misconception. 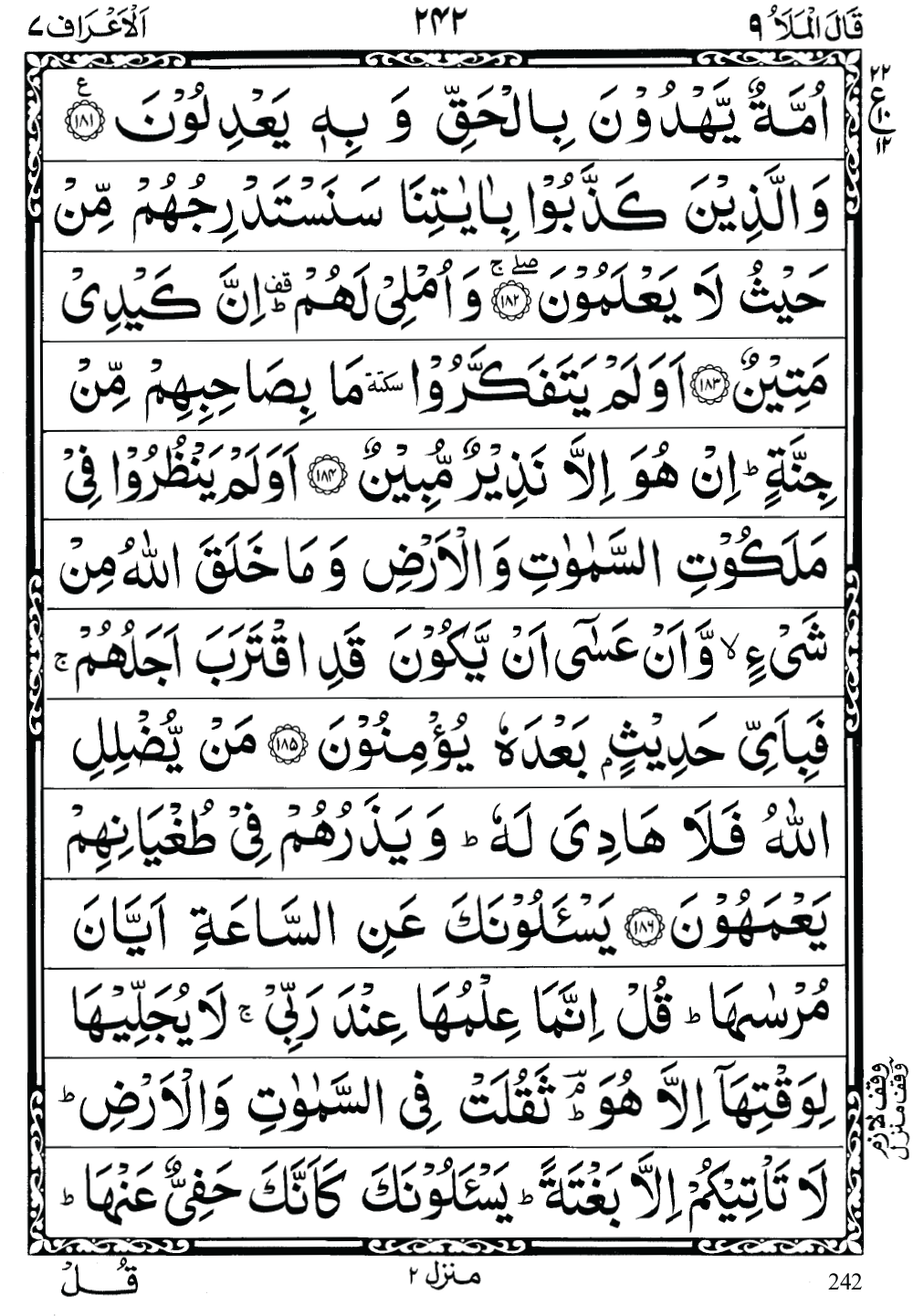 Why Quran Recitation is Important For Muslims?

Yunus [10:61] And you are not (engaged) in any affair, nor do you recite concerning it any portion of the Quran, nor do you do any work but We are witnesses over you when you enter into it, and there does not lie concealed from your Lord the weight of an atom in the earth or in the heaven, nor anything less than that nor greater, but it is in a clear book.

1. Al-Araf [7:204] And when the Quran is recited, then listen to it and remain silent, that mercy may be shown to you.

2. An-Nahl [16:98] So when you recite the Quran, seek refuge with Allah from the accursed Satan,
Undoubtedly, in the Quran, Allah Almighty has explained everything in an extremely elaborate way. The verses might be concise but they never fail to convey the minutest of the details.

Al-Muzzammil [73:4] and recite the Quran as it ought to be recited.

Our prophet used to recite the Quran to the people around him. Allah Almighty had given him the responsibility of passing the message. If people did not respond that was their own choice. This is the strategy about the Quran recitation, which is explained, in the following verse. Every Muslim should also keep this strategy about Quran recitation in mind.

An-Naml [27:92] And that I should recite the Quran. Therefore whoever goes aright, he goes aright for his own soul, and whoever goes ‘ astray, then say: I am only one of the warners.

The rewards of Quran recitation are manifold. However, one of the biggest rewards is given in the Quran.

Al-Isra [17:45] And when you recite the Quran, We place between you and those who do not believe in the hereafter a hidden barrier.

Thanks for reciting Quran Para 9